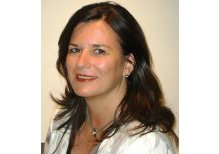 Dr. Sarachaga is Associate Professor in the Department of Automatic Control and Systems engineering at the University of the Basque Country (UPV/EHU). She graduated in IT from Deusto Univesity in 1990, and then completed her PhD at the same university in 1999. She began her working life at the Robotiker Technological centre as a researcher working on communication projects related to SCADA systems, industrial networks, and fieldbuses. Between 1993 and 1997 she worked at the Higher Technical Engineering School in Bilbao as the coordinator of the Industrial Software engineering master´s degree, as well as working as a researcher on projects related to communications, applications of the control of flexible manufacturing systems, and software engineering. Since 2001, she has been a member of the GCIS, participating as a researcher in projects related to distributed control systems.