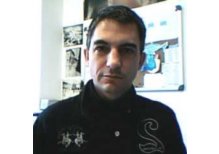 Dr. Pérez graduated in Telecommunications Engineering in 1991 and obtained his PhD in Telecommunications in 2005. He is currently a lecturer in Automatic control and Systems Engineering at the Higher Technical Engineering School in Bilbao (University of the Basque Country). He is also co-author of over 30 articles in highly recognised journals and international conferences, and has participated as a researcher in over 20 research projects funded both nationally and internationally (GV/EJ, Spanish government, and European Union). He has been a reviewer for several journals and international scientific conferences. He has also been the Financial Chair for the IEEE Emerging Technologies for Factory Automation ETFA-2010 conference. His research interests over the last 15 years have focused on the design and development of communication systems for distributed control systems, embedded systems, and industrial automation systems.